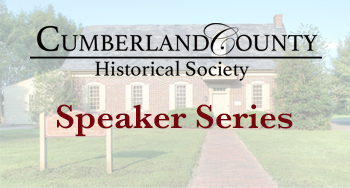 In 1850, it may not have been predictable that Mary Ann Green’s nine-member household in the Mannington section of Salem County New Jersey, would be an incubator for Black leadership in the post-Civil War decades. With husband Robert, Mary bore three daughters and four sons.  Among them eight-year old Henrietta developed into a well-known, multidimensional community activist over the last third of the nineteenth century.[i] In addition to pastoring a church, Henrietta was a fervent temperance campaigner as well as a leading voice in women’s suffrage and Black education. Centered in Landisville (Vineland), Henrietta Green Crawford’s forty years of feminist activism occurred, specifically, within the chronological era of New Jersey history identified by historian Larry Greene as, “Reunion, Reaction, Progress: 1865-1900.”

Conceptually, this biographical essay emanates from the socio-political perspective identifying Black feminist thought as a catalytic force in the antebellum as well as the post-Civil War north. Historian Ula Taylor contextualizes Black American feminism as a significant but marginalized pillar of the first wave of the American feminist movement; involving “the abolitionist movement, which culminated with the suffragists’ securing passage of the Nineteenth Amendment in 1920.”[ii] Succeeded by “the modern civil rights and black power movements…and the post-civil rights era,” these three overlapping as well as non-linear phases are “the primary expressions of black feminisms in the Unites States.” As such, my presentation will consider Henrietta Crawford’s long-forgotten significance in the long trajectory of struggle for human rights by Black New Jerseyans.