The Alan Ewing Carman Museum of Prehistory in Cumberland County 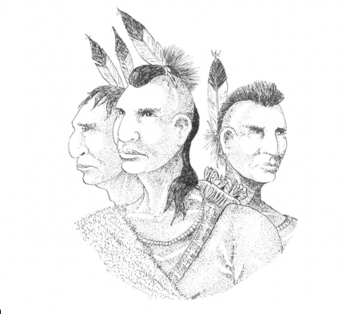 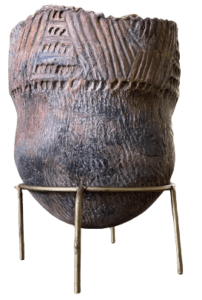 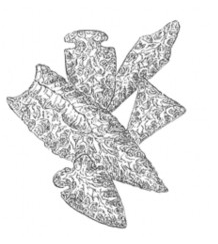 The building for the Museum of Prehistory, originally a nineteenth-century barn, was provided to the Cumberland County Historical Society by the Cumberland County Board of Chosen Freeholders to house the pre-Contact period Native American and fossil collections of Alan Ewing Carman. Carman was an avocational archaeologist who spent 52 years collecting, excavating, and researching Native American artifacts from southern New Jersey. The museum was dedicated in 1997, and Carman became the first director. Carman’s generous gift to the society and his subsequent efforts managing the Museum of Prehistory helped to spread awareness and education about the Native American ancestors who lived in the region. Since Carman’s original gift, the museum has acquired a variety of artifacts and specimens from different donors, which have enhanced the collection’s research and educational potential. The museum has been and continues to be a valuable resource for archaeologists, paleontologists, students, tour groups, and the general public. Come visit our collections to learn more about southern New Jersey’s storied past or to use our extensive research materials. You can contact the museum curator at: richardpadamczyk@gmail.com

The Prehistory of Cumberland County, NJ, and the Collections of the Alan E. Carman Museum 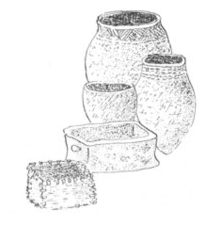 Cumberland County falls within the Outer Coastal Plain of New Jersey, a province that encompasses the southern and southeastern portions of the state. The Outer Coastal Plain is characterized by a nearly flat plain lying less than 100 feet above sea level. Because of the low relief, streams run in relatively open valleys and are often bordered by marshes.1 The woodlands of this region are historically dominated by coastal plain Mixed Oak Forest.2 Pre-Contact period Native American settlements in the Outer Coastal Plain are typically situated near sources of fresh water and other exploitable environmental resources, such as favorable hunting areas and outcrops of raw material for stone tool-making.3 4 5 Major rivers in the Cumberland County region were attractive for habitation, foraging, and travel. This includes major waterways like the Cohansey River and the Maurice River, as well as smaller creeks and tributaries. Early archaeological surveys in New Jersey noted a great density of pre-Contact sites in the area, including the areas around Bridgeton, Fairfield, Greenwich, and Stow Creek.6 Archaeological research in Vineland and the surrounding region has suggested that pre-Contact settlement was dispersed across the landscape in pursuit of varied resources, with large multi-component sites situated along major rivers; smaller, related “micro-band” campsites around them; and even smaller resource-procurement camps situated along smaller tributaries.7

In New Jersey, archaeologists arbitrarily divide Native American prehistory into three periods for ease of study: the Paleoindian period (10,000 to 8,000 BC), the Archaic period (8,000 to 1,000 BC), and the Woodland period (1,000 BC to 1600 AD). Earlier Native American sites have been identified in other parts of North America, dating as far back as 14,000 BC.8 The earliest culture identified in New Jersey is the Paleoindian-age Clovis culture, marked by a distinctive stone tool called a Clovis point. Clovis points are rare spearpoints found throughout North American that have a unique channel formed near the base of the blade. The Alan E. Carman Museum of Prehistory houses one of these extraordinary artifacts, which was found washed ashore along Gandy’s Beach. The artifact likely came from a site that was once situated near the coast before rising sea levels submerged the area. The Paleodindian period occurred during the last Ice Age, when the environment in New Jersey resembled a tundra. The landscape was filled with now-extinct creatures, such as the mastodon and other large beasts.

As the Ice Age ended, the environment began to change into a series of vast woodlands and resource-rich environments. The Archaic and Woodland periods are defined by the different technologies that developed as adaptations to these new landscapes. The Archaic period saw the introduction of artifacts like the axe, used to manipulate the new woodlands and extract valuable lumber. Other tools, such as knives, scrapers, and drills, were also used to process gathered materials. Food resources, such as white-tailed deer, nuts, and wild berries, were foraged. Cumberland County’s location along the Delaware Bay made marine resources, such as oysters, suitable sources of food as well. A variety of stone types were used for Native American toolmaking, such as jaspers, cherts, and argillites. A particular fossiliferous stone known as Cohansey quartzite was mined in the Greenwich area and used throughout southwestern New Jersey to fashion stone tools.10

During the Woodland period, fired clay pottery was invented.11  The museum includes one of the most impressive Native American ceramic collections in the entire state, demonstrating the full range of decorations and styles that developed in southern New Jersey. Many of these pots demonstrate patterns and designs that were impressed or incised into the vessel surface with an assortment of tools. Alan Carman conducted a great deal of research into Native American pottery, including experimental reproduction and the authorship of a variety of manuscripts.12 13 The museum contains many other fascinating artifacts, including a whole storage cache of blades found at Stow Creek, an 800-year-old dog burial, fishing tools, and mysterious bannerstones with uncertain use.

Around 1600 AD, Europeans who settled in the Delaware Valley encountered a variety of Native American groups known generally as the Lenape (Leh-NAH-pay), sometimes referred to as the Delaware. All Native American people who have lived in New Jersey and whose artifacts have been found here, are considered to be the Lenape and their ancestors. While many Native Americans were killed and relocated after European contact, there are groups of Lenape who still live in New Jersey. They are not lost, ancient people, but modern ethnic communities just like any other. We strive to respect their traditions and preserve their history and prehistory, learning from them and working with them for the sake of their heritage.

3 Grossman-Bailey, Ilene, 2001. “The People Who Lived By the Ocean”: Native American Resource Use and Settlement in the Outer Coastal Plain of New Jersey. Ph.D. dissertation, Department of Anthropology, Temple University, Philadelphia, Pennsylvania. p. 126

5 Ranere, Anthony J. and Patricia Hansell, 1987. A Comprehensive Work Plan for the Development of a Predictive Model of Prehistoric Site Occurrences within the Pinelands Area. Unpublished Manuscript.

The Paleoindian Database of the Americas: https://pidba.utk.edu/main.htm